If you happened to be in front of a TV screen on the evening of February 3, chances are you might have tuned into the NFL Super Bowl. Whether you are a fan of football, the teams, the advertisements, or just succumbed to pressure from your peers, you likely spent some time affixed to this annual tradition.

Unlike last year, when the Super Bowl suffered an unexpected glitch for a period of 30 seconds or so, this year’s broadcast was fairly trouble free, aside from a few sparse outages, which caused the “Twitter-verse” to light up for those who were affected. It’s not unusual that a glitch during an important sports broadcast might spark a bit of outrage.

Truth is, we have become more than just accustomed to video that offers high quality, fidelity and reliability — we have grown dependent on it. The quality of the video streaming into our living room tends to be so good, that we sometimes see mistakes eluding the officiating staff on the field, as in the case of a recent playoff game some have tried to wipe from memory. Not surprisingly, these cases tend to cause a great deal of controversy.

In the football world, video replay is sometimes able to resolve such controversies. After all, it follows the expectation that video is reliable, accurate, authentic and can be the final word in settling areas of dispute.

As it turns out, the expectation around video is no different for organizations, industries or government agencies that rely on photo and media technology on a regular basis. Like the football example, photos and videos, when accurate and authentic, can resolve disputes or contention. Such is the case with:

However, when photos and videos are of questionable accuracy and authenticity, they can pose a great deal of harm. Consider the impact of tainted photos or videos in the case of:

The problem is that not all photos and videos originate from a single trusted source. Moreover, no matter the origin, digital media can easily be altered by photo editing tools, AI or deepfakes.

Thankfully, we have reached a point where technology can establish the authenticity and accuracy of photos and videos. How is this done? By registering photos and videos at the point of creation on a distributed ledger or blockchain, a virtually immutable structure. Combining registration with the ability to validate the authenticity and chain of custody of the media, without the need for forensic expertise, is a game changer. Translation? With new technology, anyone can easily determine whether a photo or video is authentic or has been tampered.

Expect this technology to first appear in industries, organizations and government agencies where authenticity and chain of custody matter most. No doubt, you can anticipate this technology to eventually make its way into your own home. 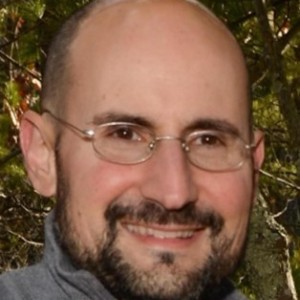 Attestiv: An Innovative Tech Startup to Watch Out for in 2021

Harbor.ai and Attestiv Join Forces to Disrupt the Insurance Industry